Prof. Bodhibrata Nag is advisor to the company. He is Professor in the Operations Management Group of the Indian Institute of Management Calcutta. He received his PhD (Fellow) in Operations Research and Systems Analysis from IIM Calcutta after having received his Bachelor of Technology degree in Electrical Engineering from the Indian Institute of Technology Madras. He has received training in case method of teaching and case development at Harvard Business School and power project design at Electricite de France. He has more than twenty years of industry experience and nearly a decade of teaching and research experience. He has served in Central Electricity Authority's Central Power Engineering Service and the Indian Railway Service of Electrical Engineers in senior management positions of various bodies, including Director of the Research Design and Standards Organisation. He has been involved in the design of power and railway projects, operations and maintenance of locomotives, administration of technology transfer and R&D projects, project procurement and contract execution and monitoring. He has authored two books "Business Applications of Operations Research" and "Optimal Design of Timetables for Large Railways" and co-authored the Indian edition of the classic textbook "Introduction to Operations Research" with Frederick Hillier and Late Gerald Lieberman of Stanford University. He has been elected Fellow of the Institution of Engineers(India) and Senior Member of Institution of Electrical and Electronics Engineers. He has been awarded the Fulbright-Nehru Senior Research Fellowship, Best Professor Award by CMO-Asia and the "The Union Ministry of Energy-Department of Power" Prize for the best paper published on Power Development and Utilization. He has been a visiting faculty to the University of Michigan and BNSF Railway Decision Systems Division. 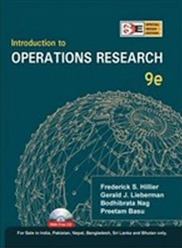 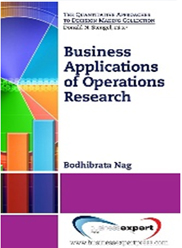 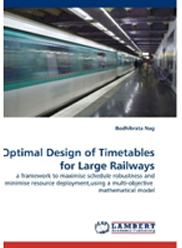